To me, spring in Montréal means a renewed appreciation of open air food and drink. 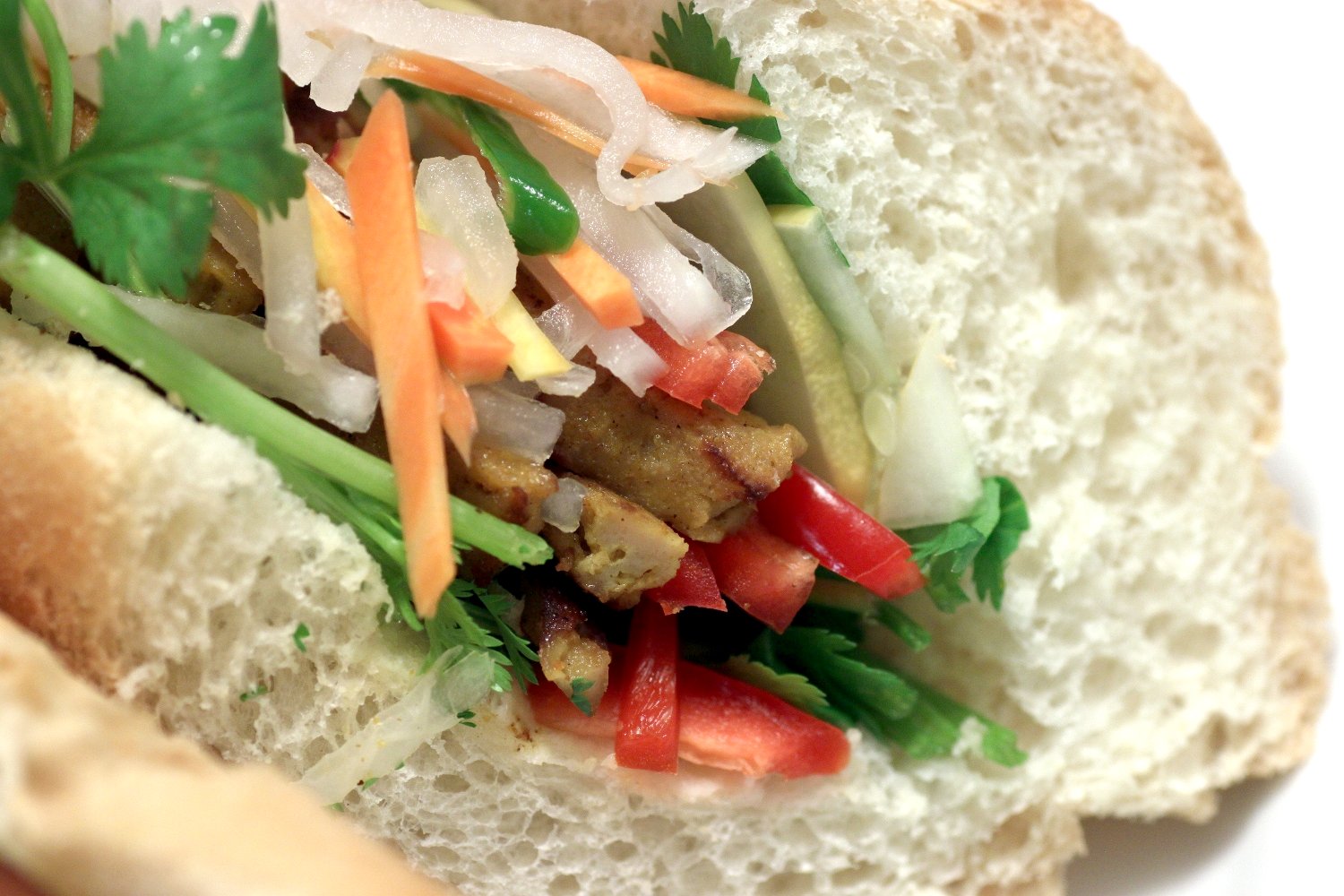 Translation: Banh Mi on a park bench, coupled with cold lager. It might well be the city’s most underestimated pastime.

You’ve probably heard of banh mi. It’s that magnificent cultural collision that succeeds, against all odds, at marrying French and Vietnamese culinary sensibilities. Initially the product of colonial encounter, the banh mi has long traced its own legacy, and offshoots can now be found in virtually any city in the world.

It’s an unlikely marriage that on paper seems almost jarring. From the French we procure baguette, liver-based patés, mayo and a penchant for charcuterie (er, deli meats). From the Vietnamese we grain chilis, cilantro, pickled root veg and various traditional cuts of meat.

The magic lies in the skepticism…you bite in expecting a mistaken mashup. But then, amidst the salt, spice, dough, vinegar, fat and cilantro, your palate stops trying to compute—somehow it all just works.

Though Montréal is not particularly known for its Banh mi, it shouldn’t stop you from trying. It may be because our Vietnamese population is not so huge (less than half of Toronto’s, for example), or possibly just because the places that do sell these magical mouthfuls tend to be humble and unassuming–flying almost under the radar. Perhaps one day a hot local chef will publicize the form (à la ramen or tacos) and we will be. But if it hasn’t happened by now…it’s doubtful.

Wondering where to start?

Below is but an introductory platter of banh mis, tried and tested by me. They’re biaised toward the city centre because I don’t get out much. But I can vouch for them. Each is worthy of a spring park fling based on the following 3 criteria:

Hard to beat. Probably the freshest I’ve tasted, ironic because they tend to pre-make them in advance of the lunch rush and hand them to you readymade in little plastic bags. If you go for the spicy option, beware that while excellently fierce, the chilis are sometimes bunched into one deadly, surprising bite.

Probably the most famous in town and possibly the oldest. Very simple counter with 12 options on the wall, always reliably good. Closes early.

Upstart Vua has provided the notoriously-touristy Quartier Latin with a good option for workers and students alike. Quick, very fresh. Carrot/daikon in my opinion are the best here. About 50 cents more than its Chinatown counterparts but well worth the “splurge!”

– Benches or steps around UQÀM, or picnic tables or benches at Place Émilie-Gamelin
– Square St-Louis

As for banh mi beer pairings, something light or bright works best. But if you don’t want to think, just grab a Pabst from one of those next-door dépanneurs. Banh mi + a Milwaukee brew for LESS than $5? That’s what I call an adult Happy Meal.

If you’ve tasted others, especially in banh mi-loving Villeray (where parks and beer, I’ve heard, also exist) please spread the springtime joy. Let us know in the comment section below or via twitter if you’ve got first-hand knowledge to share!